A freelance food and travel writer based in Perth, Western Australia.
Owner of Morsels, one of Perth's most popular food blogs.

For someone relatively inexperienced in such things, the prospect of sitting down to talk with Marco Pierre White was a daunting one. His reputation as intense and intimidating is legendary, and I’d witnessed this first-hand at the Margaret River Gourmet Escape several years ago.
Read More 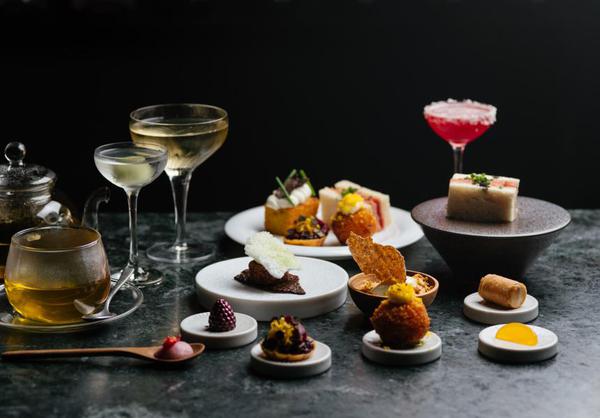 Fleur at The Royal Has Launched Saturday High Tea

Fine diner Fleur opened in recently refurbished CBD hotel The Royal in January, impressing with its sophisticated Japanese-inspired menu. Executive chef Chase Weber had intended to launch a high-tea service soon after, but the plan was delayed by the Covid-19 shutdown. It finally launched on the weekend, featuring a selection of savoury and sweet bites, with Fleur’s signature flavour combinations and detailed presentation. 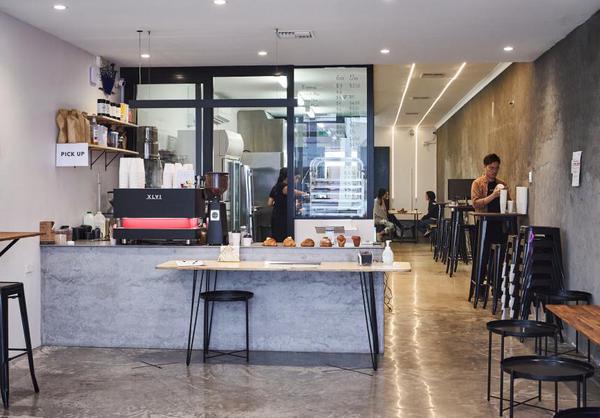 When Giselle Sim left her accounting job in Sydney to move to Perth to be with her now-husband, Harold Bong, she found herself with time on her hands. A keen, self-taught baker, she decided to focus on her long-time love: croissants. “ 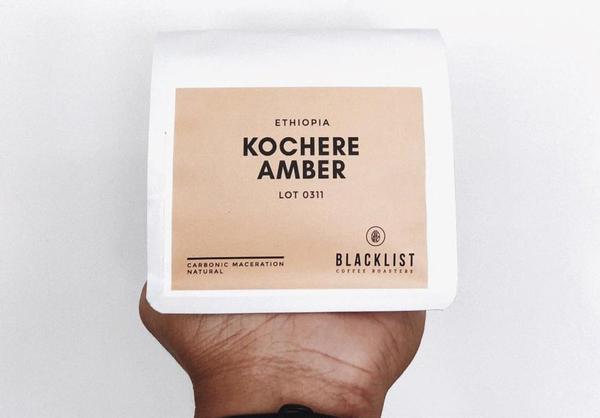 The daily coffee routine is something that’s changed for many of us during these times of isolation. While we can still venture out for a takeaway brew, it’s not the same without the usual customer-to-barista interaction. Chances are you have some form of brewing equipment at home, be it a plunger, Moka pot, Aeropress or even a proper espresso machine. 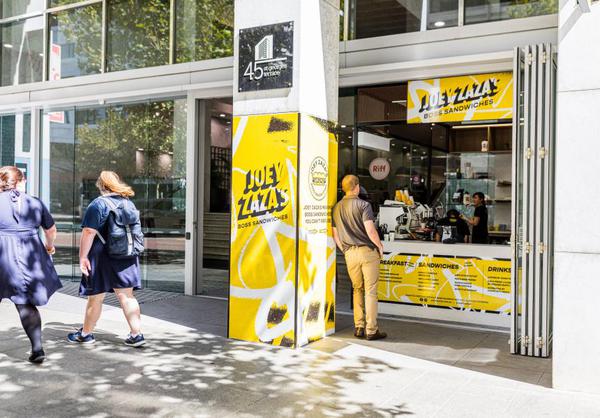 Husband and wife team Joe and Michelle Rechichi ran the Mount Lawley franchise of pizza chain Crust for eight years. Their new venture, Joey Zaza’s, is more personal. It combines their names (Michelle’s maiden name is Xa, pronounced “Za”) and family recipes to bring an American-Italian-style sandwich bar to the foyer of an office block on St George’s Terrace. It also references Joey Zasa, a character from The Godfather Part III – hence the tag line, “Sandwiches you can’t refuse.” “We went to Ne 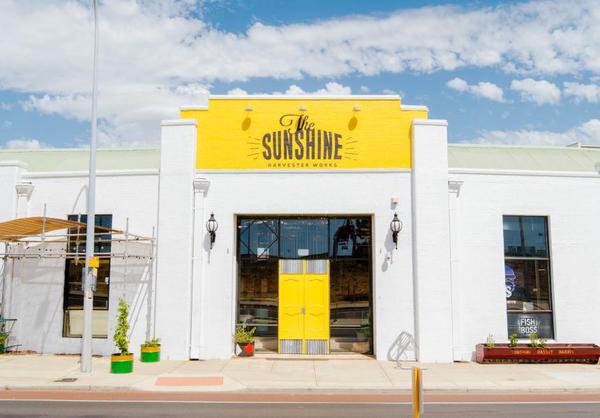 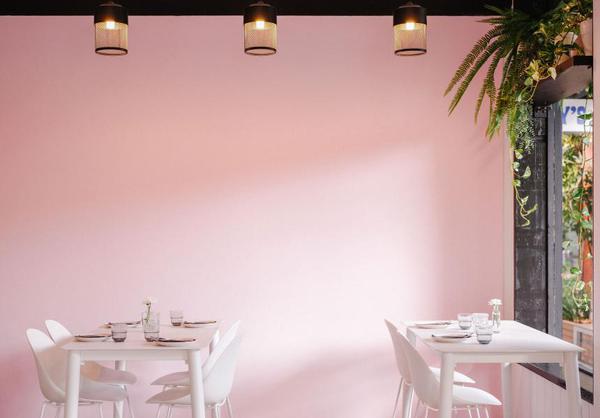 Things don’t always go to plan in hospitality, even for seasoned operators. Despite the initial excitement when chef Scott Bridger and former Olympic swimmer Eamon Sullivan opened a branch of May Street Larder in Mount Hawthorn last year, the site never drew the crowds that would flock to the original Fremantle location. 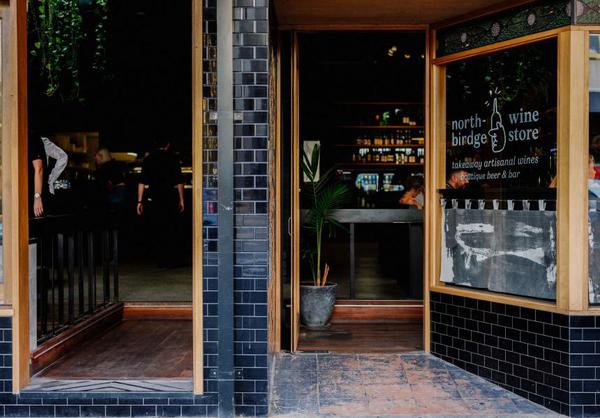 Kabir Ramasary moved to Northbridge 10 years ago and became part of the legacy that is live music venue The Bird and cocktail bar Ezra Pound. Now he’s opened Northbirdge Dining Room and Wine Store, his vision of a casual neighbourhood bar where everyone’s welcome. (It’s situated next to The Bird, hence the name.) “From the moment I saw the room, I imagined a wine bar. It was the collision of my passion for food, wine and beautiful spaces,” he says. “With my Indian family background, everything i 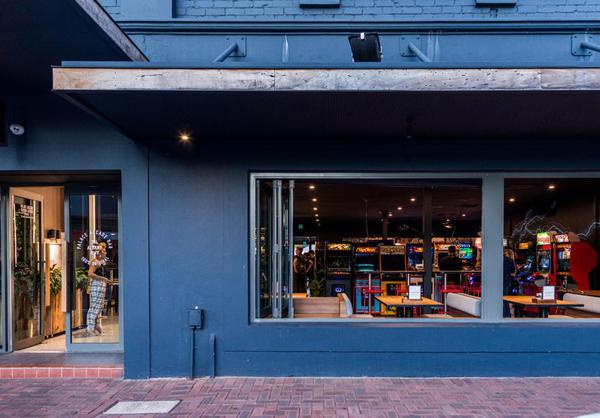 Since opening in Northbridge 18 months ago, Palace Arcade has amassed a loyal following for its irresistible mix of good booze and classic video games. Last Friday, owner Saran Bajaj opened a second in East Victoria Park, taking over the bar that used to be Daddy Long Legs. 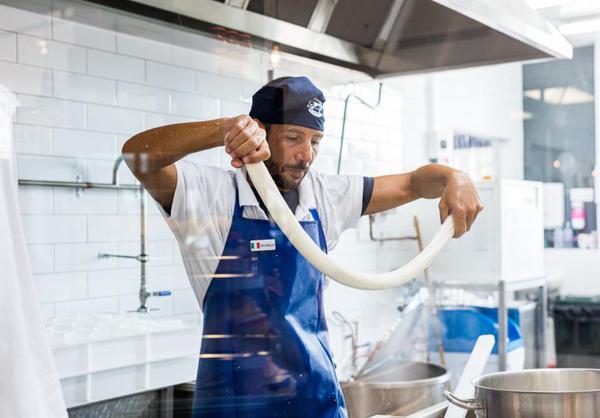 At La Delizia Latticini, Fresh Italian Cheeses Are Made In-Store, by Hand, Daily

A suburban shopping centre in Perth’s south-east is not where you’d expect to find fresh Italian cheeses, made instore, by hand. But there at Hawaiian’s Park Centre, among neighbours such as Subway and Coles, sits La Delizia Latticini. The artisan cheese lab is the creation of Domenico Boccia, who grew up in Naples and spent his youth working in his family’s furniture and cheesemaking businesses. 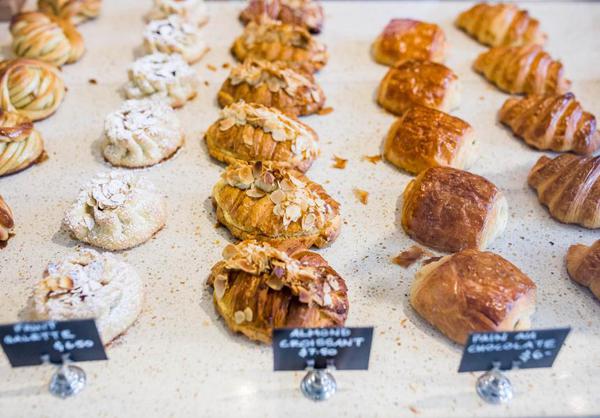 Artisan bread is having a moment in Perth. Bakeries such as North Street Store, Mary Street Bakery, Blake Street Merchant and The Woodfired Baker have gained such a following they often struggle to meet demand. Now, Miller & Baker joins their ranks, opening on Lake Street in December. But this one’s a little different – it’s one of the few Australian bakeries milling its own flour. 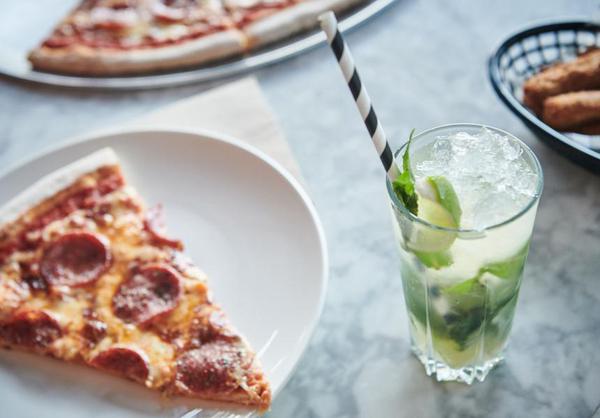 Mack Daddy’s opened on Beaufort Street four years ago and has managed to ride out the well-publicised closures that have beset the area. Defying the odds, the New York-style pizza shop has now expanded, moving into the larger premises left behind by Five Bar, one of its former neighbours, a few doors down the street. The venue was founded by five friends, including general manager Charlotte Boon, to recreate the New York pizza experience. It’s developed a strong following for its quality pies – 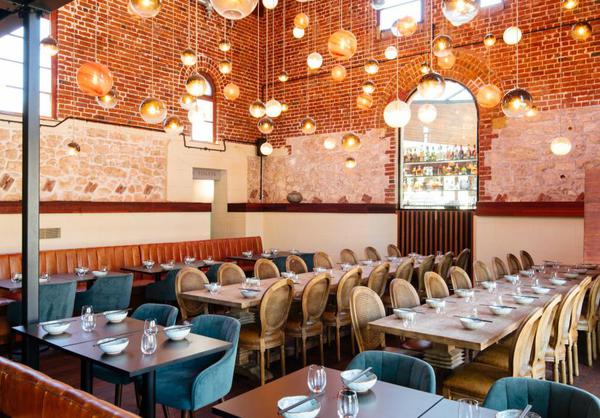 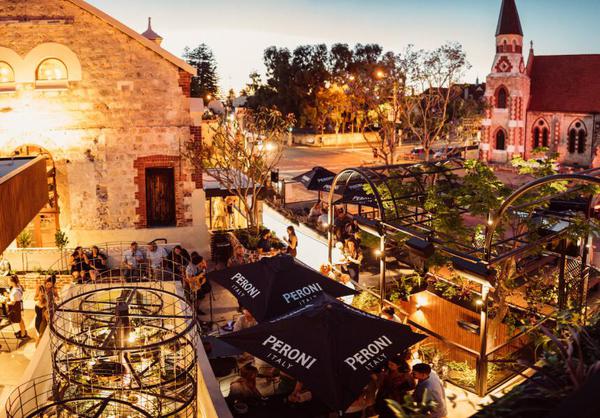 The Old Synagogue Opens in Fremantle, After Laying Dormant for 20 Years

Given its prominent location in the centre of Fremantle, it seems almost inexplicable that the Old Synagogue has been empty for 20 years. Dating back to 1902, the site was, as the name suggests, WA’s first synagogue – in operation for only eight years before its congregation moved to Perth. 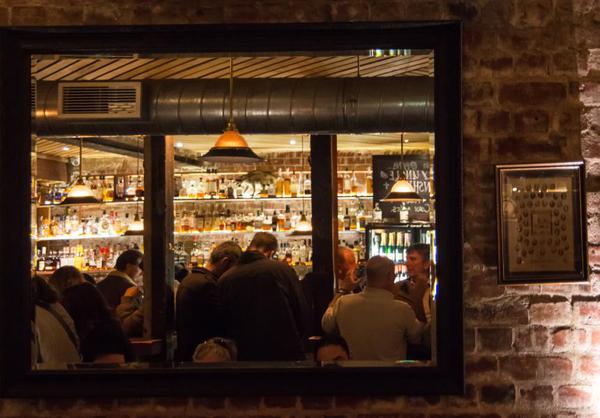 Where to Celebrate New Year’s Eve 2019 in Perth

For the indecisive, New Year’s Eve can be a headache. There’s typically a multitude of house parties, public fireworks and all other manner of celebrations to choose from. If you’re still undecided, this list of set-menu dinners, courtyard barbeques and dance parties will either be incredibly helpful, or incredibly unhelpful. We hope it’s the former. 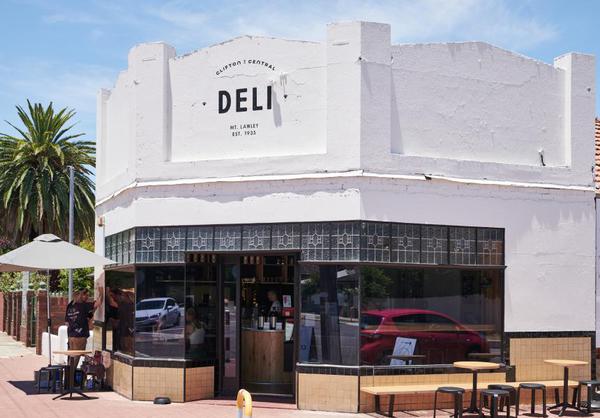 Eighteen months after opening Guildford favourite Willing Coffee, property developer and former Australian track cycling champion Tim Willing has opened his second cafe, The Deli on Central, in Mount Lawley. The new site, which opened in early December, once housed a longstanding deli that Willing, and much of the community, had close ties to. “I grew up on Clifton Crescent. My brother still lives on the street; my Mum and Dad still live on the street,” Willing told Broadsheet last month. “Every 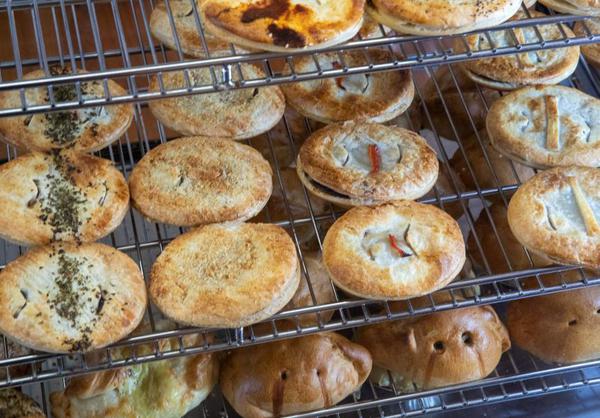 We’ve already told you how to stay caffeinated on a regional road trip, but what to do when hunger strikes? If a chiko roll or wilted salad from a dodgy servo doesn’t appeal, a pie is the next obvious choice. Thankfully, there are plenty of good bakeries across the state – and most major regional towns have at least one. Here are six you should visit. 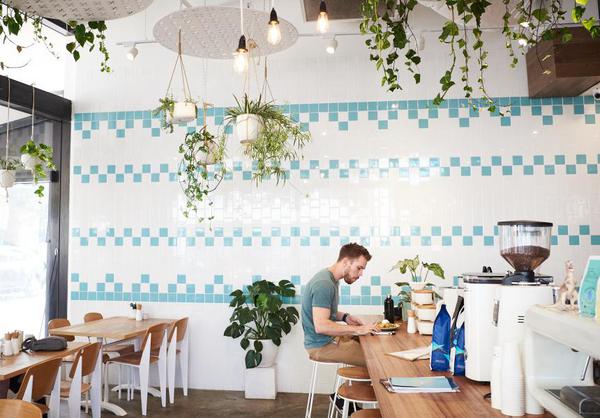 After a tumultuous 2018, it’s good to see Perth’s coffee and cafe scene settle down. We’ve still had plenty of openings – and the inevitable closures – but this year it’s been a safer bet that your favourite barista will still be making your usual coffee tomorrow and the next day. While the coffee we’re roasting is easily as good as Melbourne’s and Sydney’s, my Christmas wish is that, come 2020, cafes and customers both get a little more creative in their cooking and ordering. Here are the new a 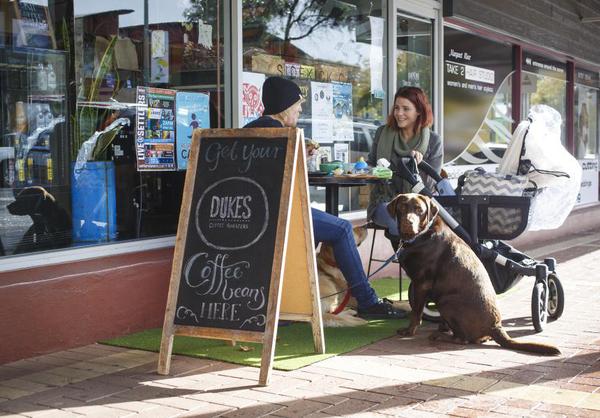 Six to Try: The Best Coffee Spots Outside of Perth

Perth’s cafe and coffee scene continues to grow in the CBD, and increasingly, into the suburbs. But further out it can still be hard to find a good cuppa, so we’ve done the work to bring you six of the best coffee spots outside of Perth. Here’s to staying caffeinated over the holiday period. 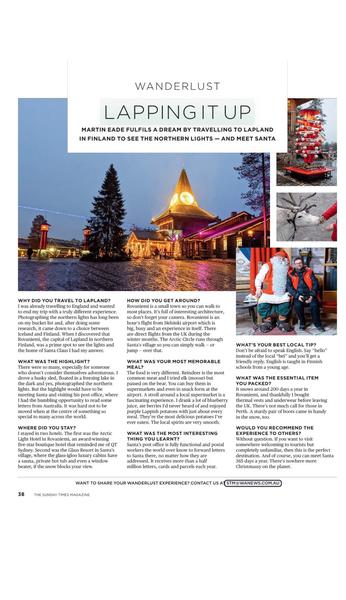 Wanderlust - Lapping it Up

Q&A about my trip to Rovaniemi in Finland. 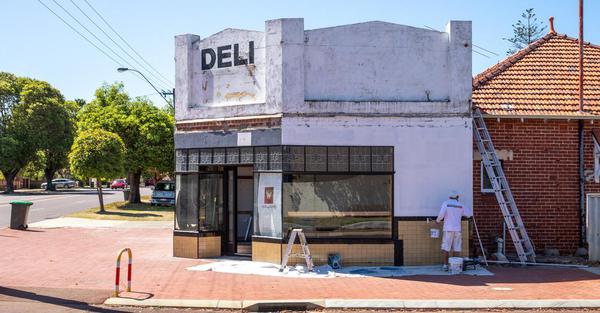 Coming Soon: The Willing Coffee Crew Is Opening a Cafe and Wine Bar in Mount Lawley

After opening midway through last year, Guildford’s Willing Coffee quickly established itself as one of Perth’s top coffee destinations (I named it best new coffee bar in my 2018 year in review). The venue was built at the base of a residential building by property developer (and former Australian track-cycling champion) Tim Willing and wife Veronique.
Load More Articles
Close ✕